“Everyone is a genius. But if you judge a fish by its ability to climb a tree,

it will live its whole life believing that it is stupid.” ~Albert Einstein 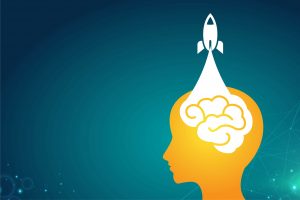 I write science fiction. Time travel, to be specific. It’s about making stuff up for a world that doesn’t (yet) exist.

In the case of the Edge of Yesterday book series, my main character, the modern-day teen STEAMinista Charley Morton, dreams of following in the footsteps of universal geniuses, like Leonardo da Vinci and Emilie du Châtelet. (Don’t know the Marquise du Châtelet? You should. Check out her Charley’s interview with her.)

For Charley, that means bucking the system. She doesn’t want to do what everyone else wants her to do. She wants to master science and tech and math and music and history and, and, and . . . to become a modern Renaissance girl.

So she can’t ride a magic school bus to time travel back centuries. And she can’t click her heels three times, or put on a magic hat or a cloak of invisibility. She’s a girl of science—so the science of time travel (facts: we don’t yet knows whether this is possible, in real life) needs the physics of it to be plausible for her to achieve her goal of traveling back to interview and learn from like-minded “heroes of history,” determined masters of many talents.

It’s a problem for a stupid fish like me. While I love science, and sometimes write about science, I am not really a science person. And higher math? Fuhgeddaboudit!

And yet, Charley insists on accuracy.

Which begs the question: how would a stupid fish like me imagine time travel?

Glad you asked. There are five ways I approached the problem.

Delaying tactics are brilliant—but they only work for so long. And then, if you’re ever going to have a story, you have to get to it. This leads to. . .

It’s 1992. There’s barely an Internet and definitely not 1.84 billion web sites (which is what’s currently on the Web, as of March, 2021). Social media, texting . . .not yet. Cell phones are flippy things, just for phone calls.

We’re barely out of the Stone Age here. But books, magazines and newspapers (in print) are plentiful. So I consult a book that screenplay writers used back then: Time Travel: A Writer’s Guide to the Real Science of Plausible Time Travel (Science Fiction Writing Series).

One big problem: Some theories are pretty lame (worm holes, causal loops, parallel universes and the like, if they exist, are not a sure bet). Charley’s not a fan.

“The Higgs Boson,” she tells me.

To which, I reply, “That whole God Particle idea is science fiction. Going faster-than-the-speed of light. Hah! That’s about as lame as the worm hole in this book you just pooh-poohed.”

“Don’t worry, Robin,” she tells me. “They’re gonna prove it, and then watch me fly!”

“Sheesh!” I hit myself upside the head. “Better be in my lifetime, or you won’t exist either!”

Unlike the stall tactic, delay is actually productive. While you’re waiting for this invisible quantum particle to prove itself in real life (the 1964 theory was finally confirmed in 2012, for which the particle physicists who came up with the mathematical proof were awarded the Nobel Prize in 2013), there’s a whole life to be lived—and experiences in raising your own children may turn out to be just as useful material as the Higgs.

Not to mention how, over the years, advancing digital communications technology (ex.: tablets, phones, digital translation devices, apps, apps and more apps) can be so helpful in communicating across time and space!

As for confirming quantum possibilities, even Einstein was a fish unable to scale this tree. He called quantum physics, “Spooky action at a distance,” and doubted it upheld a “useful basis for the whole of physics.”

Once we’ve relegated all that to the Way-Back Machine, it’s time to advance it forward. I’m still not a science brain, but I have (okay, Charley has, assisted by Leonardo da Vinci’s apprentice, Kairos—really!) integrated the time travel parameters in a program that rolls back time. That, and a smart device, GPS, an echo of modern wi-fi technology based on Earth’s curvature, some Legobot servo-motors and just a teensy, tiny little bit of hocus-pocus, and Charley’s got herself a mock-up of Leonardo’s time machine design—just in time for the middle school science fair.

Until, one day, reeling from a rogue kiss in her dad’s garage workshop by the hottest dude at Da Vinci Middle School, a bump and —oops!

I guess only time will tell, my friends. ‘Coz I still feel like a stupid fish—just one who’s figured out a character smart enough to hack time travel.

Try it out and let me know when in the world you end up. And, if you meet her in the Way-Back, tell Charley to leave us a postcard!

And if these tips aren’t helping you uncork your inner genius, check out one of our workshops. I’ll share more of my toolkit, including our famous MASHUP exercises, that have helped some of the most stubbornly waterlogged fish finally climb up that tree!

Intrigued? Check out our new Teaching Lab offerings. You’ll get a whole different view of why creativity matters when you can see from the treetops!