It is fitting on this holiday of American Independence, to look at what legacy the Founding Fathers (and Mothers) might want to bestow today. 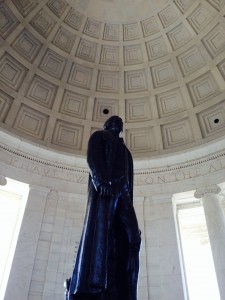 We are stuck in a paradigm of me versus you. Factionalism is on the increase because we haven’t yet recognized on a practical level how interdependent we are in this world.

America, that great shining experiment in Freedom and Democracy for all, has not proven to be a replicable model for the rest of the world still suffering under the “tyranny over the mind of man,” against which Thomas Jefferson swore eternal hostility to Dr. Benjamin Rush in 1800.

In 2014, America seems to have been diverted in its hostilities on that front and, instead, is equipping a tyrannical world to persevere in petty battles—not against tyranny, but against each other.

Instead of arming Iraqis with F15 fighter jets they don’t know how to fly, why aren’t we offering the leaders of the Sunni and Shiite factions weapons of diplomacy, economic support and reconciliation to unite these factions into prosperous and peaceful powers-for-good?

Much like the Allies accomplished with the Marshall Plan for Germany after WWII.

Where is America’s drive to end tyranny in the conflicts in the greater Middle East? Instead of feeding the cycles of terrorism and retribution that fuel the Israeli-Palestinian conflict year-after-year, why not teach their children lessons of acceptance, tolerance, empathy and compassion that could have a chance to end the endless hatred between these peoples?

Something approximating the resolution of “The Troubles” in Northern Ireland.

Worse, we stand by while Putin encroaches on the sovereignty of surrounding nations; while Assad massacres his own people; while Nigerian girls are kidnapped and enslaved by those proclaiming to be on the side of ignorance. We even encroach on our own citizens by giving corporations the power to bestow or deny workers benefits such as health care based on the conscience of the owners.

Shame and humiliation have only fueled the fires of conflict. It is grooved deep within the archives of many cultures: think Japanese, Afghan and, yes, even those disaffected young Americans whose solution to personal humiliation and disaffection from society is to blow up those who they think are responsible. As Dr. Brené Brown has found in her research into what keeps people from experiencing wholehearted living on the personal level, shame and blame lead us to armor up—and harden our hatreds. It is no different with nations.

Can we shift from a shame and blame mindset to one of personal responsibility? I contend it is not only possible, but imperative, if we are to bridge divisions in today’s world. A growing body of research is showing how techniques like yoga, meditation, mindfulness, play and creativity—even expressive arts like music, dance, theater and books—can be the antidotes, the cures to open our hardened minds. These are not theoretical constructs. But they are not yet widespread enough to reach the tipping point of wide acceptance.

Why aren’t we exporting these simple-yet profound tools to wage the peace, instead of bombers and drones to continue to wage war?

Beyond individuals, beyond nations, there is a unity to our cause as peoples of the world: mending the wounds of the past, forging common cause for the betterment of ourselves and others in a drive to consciously create a place where our children can grow and prosper without violence, conflict or suffering.

After all, we are all people struggling for a better existence on the same small, fragile planet. We are inherently vulnerable to things beyond our control. And, at heart, what most people want is love and acceptance. It is within each of us to create that condition. Cooperation, not conflict, can only serve to strengthen our continued existence—as individuals and as nations—united in our outlook to conserve humanity and preserve this blue-green marble we call home.

But it takes a shift in perspective. I would like to call on my fellow humans—leaders, gatekeepers in the news media, men and women—to look at these as new weapons in the arsenal of humanity. It will require a new way of looking at the world.

As Albert Einstein famously said, “No problem can be solved from the same level of consciousness that created it.” What if we were to spread the word: we can expand our consciousness to solve the problems of our world?

There is nothing metaphysical about this. It simply involves stepping out of the habit of shame and blame to see our lives, our problems with a little more objectivity. If it wasn’t “my” problem, how would I counsel a friend in overcoming a difficulty? Can I apply that level of care and counsel to our own situations?

Similarly, if we were to look at the concerns of our neighbors not as “their” problem, but our own, could we apply a little more care and concern to overcoming it? After all, “their” problem ultimately has ripple effects that touch my own life.

What if we were to begin that process today? We are all connected. The actions of each of us impact all of us. What if the power for freedom, prosperity, health and well-being really rests in our own hands—if we were only to take into consideration the bigger picture?

How would you look at the world—and your part in it—differently? 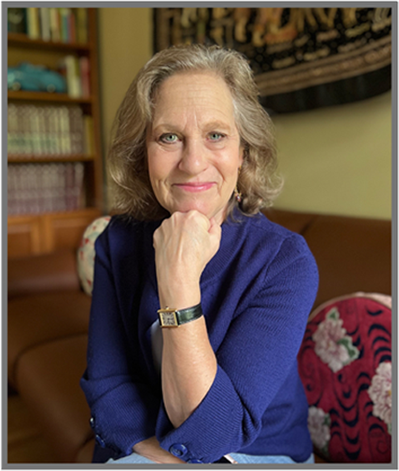