Sculptor, Architect, Actor, Impresario: How Rome Was Reinvented in a Lifetime

Gian Lorenzo Bernini (Naples, 7 December 1598 - Rome, 28 November 1680) was an Italian artist who worked principally in Rome. He was the leading sculptor of his age and also a prominent architect. In addition he painted, wrote plays, and designed metalwork and stage sets.

I recently met a sculptor who is a total original. Joe Xuereb works on the island of Gozo, a small outcropping in the midst of the Mediterranean Sea that is part of the Malta Archipelago. His work is influenced by ancient limestone temples and artifacts left by a mysterious group of island inhabitants from 5,000 years ago known as the Temple People. Memories of these Neolithic builders stand today in the ruins of megalithic stone structures and "goddess" sculptures, both tiny and giant. The so-called "fat ladies of Malta" evoke a mystery of who these people were, how they lived, and why they suddenly disappeared. They left no written records, yet they did leave magnificent stone and terra cotta clues for their stories and myths.

Joe's contemporary interpretations of these ancient sculptures speak universally to the continuity of culture and timelessness of stone. Sculpting in the local soft globigerina limestone, he uses traditional tools he inherited from his stone mason father to create something totally unique, yet true to the spirit of the ancient artists and builders of the island.

Fortunately for Joe, he is free to interpret, to shape and to divine their messages without constantly being compared to the artist whom many say was the greatest sculptor of all time, Michelangelo.

The same could not be said for a Renaissance sculptor who similarly represented myth and story in stone, Gian Lorenzo Bernini. Born more than a century after the Florentine, Michelangelo Buonarotti, Gian Lorenzo Bernini might be Rome's most prolific Renaissance sculptor. When he was hardly older than 8, Pope Paul V reportedly declared, "We hope that this youth will become the Michelangelo of his century."

No pressure. And yet, Bernini lived up to this billing. He undertook commissions for eight different popes and was responsible for reshaping the art and architecture of 17th-century Rome, just as Michelangelo had left his mark on Florence and Rome a century before.

By the late Renaissance, Bernini's extraordinary artistic and architectural talent (as well as his project management talents at directing the many assistants working to build out that vision), had transformed Rome into the city of grand Baroque art, piazzas, churches and piazzas that visitors see when they visit the Eternal City today.

The Baroque style is marked by grand, ornate designs in art and architecture, with over-the-top flourishes that aim to inspire awe and reverence. It is found in churches, cathedrals and cities throughout Europe. The Baroque period represents an era for artistic monuments to the heroic. This was the milieu in which Bernini created.

Baroque art and architecture exploded in the years following the Renaissance, and its subjects in art and sculpture feature emotional and dramatic depictions that diverge from the more reserved and realistic depictions created by Michelangelo, Leonardo da Vinci and other earlier Renaissance artists who deemed a faithfulness to realism, mathematical precision and symmetry the highest manifestations of art.

In keeping with that drama, Bernini's life was filled with wild swings between passion and religious devotion. Before his marriage, he fell passionately in love with the wife of one of his assistants. His bust of Costanza Bonarelli shows off her wild, wavy hair, parted lips and low neckline, shows off her sensuous beauty in a way that suggests that Bernini was smitten with her.

The romance came crashing to an end when Bernini saw Costanza leaving the house of his brother, Luigi, one morning. The sculptor chased his brother with a crowbar, breaking bones, then pursuing him with a sword. He sent a servant to Costanza's home—the man slashed her face with a razor. The artist was fined, and the pope intervened before his reputation and career could be ruined. It is said that after she recovered Costanza became an art dealer, continuing her husband's business in Rome.

Despite the personal drama, Bernini was devoted to his Roman Catholic faith. After this scandal, Bernini married at the Pope's urging. He was 41—and his wife was almost 20 years younger. In a marriage that lasted 34 years, the couple had 11 children together.

Can You Say Workaholic?

Much like Michelangelo before him, Bernini would become immersed in his work, spending up to seven hours a day without interruption working on a commission. A friend noted that he could keep up a lively conversation about events of the day while, "crouching, stretching ... marking the marble with charcoal in a hundred places, and striking with the hammer in a hundred others; that is, striking in one place, and looking in the opposite place."

What is more extraordinary, he often worked by instinct, without even creating a terra-cotta model and, at times, without a subject or model in front of him. Many of his works came from mental images, realizing them from a vision in his head to life in the stone.

While Michelangelo sought the perfect piece of marble and used his chisel as a tool to "free the angel," going to quarries to hand-pick the stone himself, Bernini, according to the contemporary writer Filippo Baldinucci, liked to boast that in his hands marble could become as impressionable as wax and as soft as dough.

Bernini's professional path forward was not always smooth. Early in his career, he built two bell towers for the facade of St. Peter's Cathedral but, on the year he was married, cracks began to appear. Both bell towers had to be torn down. Needless to say, such a public failure damaged Bernini's reputation.

But Bernini was nothing if not persistent. Through hard work and persuasion, he won a commission to create what is one of the best-known fountains in Rome, the Fountain of the Four Rivers on the Piazza Navona.

He went on to become Renaissance Rome's most Baroque prolific sculptor and architect, with a multitude of sculptures and art works inside the Vatican and St. Peter's Cathedral, around Vatican Square and, perhaps most notably, in the Borghese Palace where his evocative Apollo and Daphne shows the dramatic moment that the mythological Greco-Roman god of the sun (and also music, poetry, art, oracles, plague, medicine, light and knowledge—whew!) who, on capturing the nymph Daphne, turned her into a laurel tree.

If Bernini's art expresses the soul of a showman, it is no wonder that he also wrote, staged and acted in his own plays in the Barberini Palace Theater in Rome. Although none of his sets survive today, eyewitnesses to these spectacles described his impressive set designs and special effects – turning the spectacles, literally, into immersive experiences. His plays featured rising platforms, flames that destroyed the set only to show another behind it and floods from the Tiber River that threatened to drench the audience before disappearing down a hidden drain.

One Englishman who witnessed Bernini's spectacle wrote in his diary in 1644, "Bernini... gave a public opera wherein he painted the scenes, cut the statues, invented the engines, composed the music, wrote the comedy, and built the theatre."

His skill at art, stagecraft and drama is reminiscent of an earlier maestro, special effects magician, and artist, Leonardo da Vinci, whose stagecraft in creating pageants and plays for the Duke of Milan a century earlier has been compared by Leonardo biographer Walter Isaacson to a Lady Gaga performance.

Indeed, Gaga's own music, with her dramatic flair, has often been described as Baroque-inspired. Come to think of it, we may soon delve into the music of the Baroque to find out how, say, Bach and Gaga fugue together! 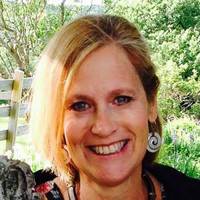